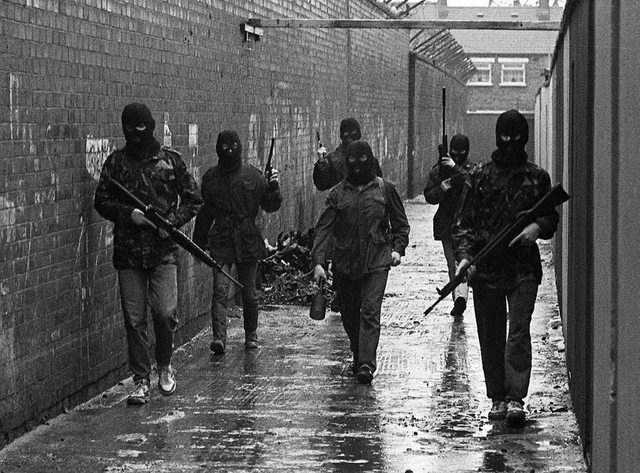 What kind of military tactics and weapon did the IRA use?