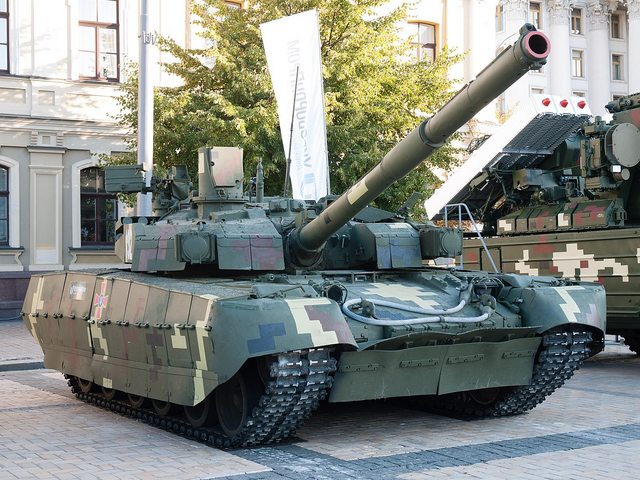 Why does need Ukraine need all these tanks that they keep requesting from NATO when they can just make their own?

Pic related, T-84, a Ukrainian version of the T-80. If Ukraine has the capacity to build these in peace-time, surely when the entire country is mobilised to fight a war they should be able to pump these out in large enough numbers to not need deliveries from the west? All these tanks from the West also require a bunch of training for their crews since they don't know how to operate them, but domestic tanks wouldn't have that problem would they?

Virtually everything the aremd forces use is produced locally, since they inherited a shitload of factores from the USSR after the fall of the Soviet Union. Surely it would make more sense to provide the Ukies with material so they can produce more of their own stuff rather than giving a bunch of things they don't know how to use?

I'm asking because I'm genuinely confused, any k/ommandos have any opinions about this?