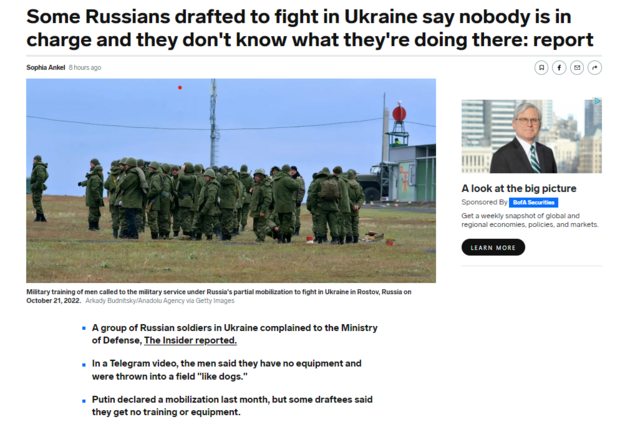 Russian soldiers drafted to fight in Ukraine say they have no ammo, no commanders, and don't know what they are doing on the battlefield.

After training, the men said, "it turns out that we're somewhere in the fields of Ukraine and they just threw us out into the field like dogs," according to The Insider.

They also said they were only equipped with uniforms and were given some AK-47s and bayonets – but no ammunition.

"There is no information, no command, we're on pins and needles, as we don't know where our people are and where [the enemy] is," one man said in the video, The Insider reported.

"No radio, no ammo, not a fucking thing. No medical supplies either," he added. "I'd like to show this to our authorities ... Do you consider this normal?"