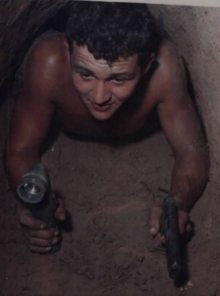 It's WW3, you're on the front lines, and can opt to not do ONE combat role. What do you pick?
>tunnel fighting