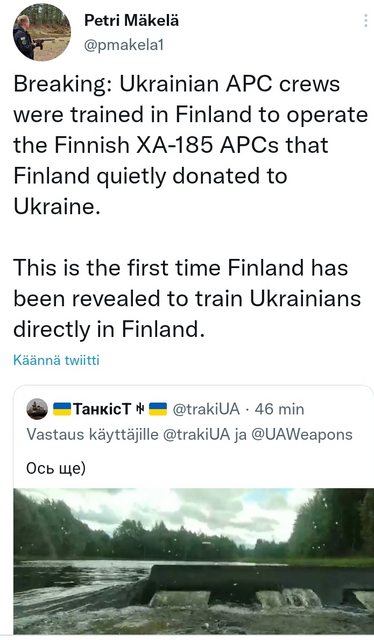 It is now 100% certified and guaranteed OVER for Russia: Finland has been quietly training ukrainian soldiers. Just imagine the tricks they learned.