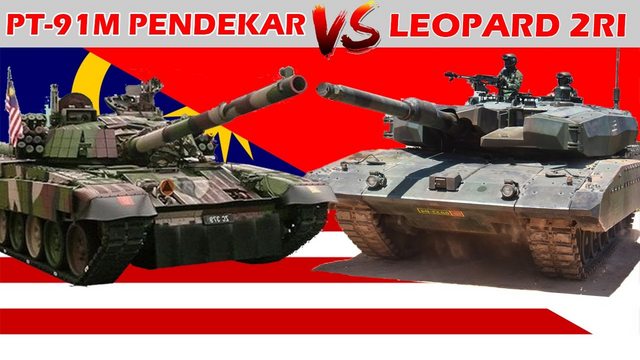 Despite what PrepHole thinks or believe, Western is not always superior to Slavshit equivalents.

For example, when it comes to main battle tanks, at the moment Australian M1A1 and Sing/Indon Leopard are the bottom of the barrel in the Southeast Asia region. Malaysian PT-91M Pendekar, Viet T-90S, and Thai Oplot/VT-4 are superior to monkey model Abrams without DU armor (same as what Arab cunts like the Saudis, Egypt and Iraq use which have been lost in great numbers) Leopard 2A4 with body kit.

The Malaysian version of PT-91 are more different than Polish one and have included some pretty extensive upgrade possibly makes it among the most capable T-72 variant available. Instead on using a standard one, they following the Malaysian design by mix and match various East and West equipment like M2HB HMG, Germany tank tracks, Malaysian spectral camouflage system and Polish ERAWA ERA.

and last but not least,Malaysia army has integrated network-centric operation via MEASAT 3B communication satellite that have 4x X-band transponder for military usage , so PT-91M have higher situational awareness than Australian M1A1.