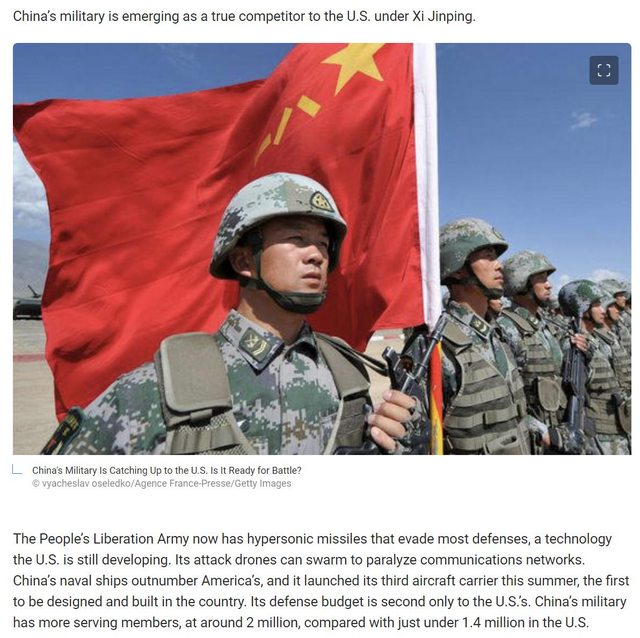 Based purely on statistics, China's military is better than America's. What factors are there that could tip the balance back in America's favor?