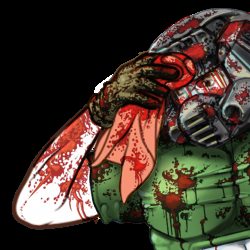 Are there any PrepHole related single player games (with mods if necessary) that don't push you into playing as Lord Death of Murder Mountain? The level of violence a lot of PrepHole related games tend to portray requires a significant level of suspension of disbelief when it comes to the extreme numbers of people you need to kill on a regular basis, and I feel this is just as important of a part of realistic portrayal of guns in games as other issues that are more commonly talked about here. Even in games commonly discussed here where you can try to avoid engaging in unrealistic amounts of killing and mod your health down to that of enemies, killing crazy amounts of people still commonly ends up being the path of least resistance for solving problems due to other gameplay factors and the enemies' ability to use guns being unrealistically gimped in other ways.