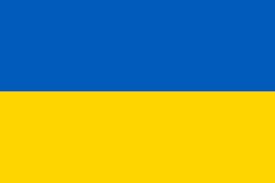 >According to Ukrainian defense minister: Ukraine wants one million soldiers.
>https://www.google.com/amp/s/www.bbc.com/news/world-europe-62118953.amp
>According to KYIV : Ukraine has deployed 750k soldiers.
>https://kyivindependent.com/national/russias-chaotic-mobilization-unlikely-to-change-ukraine-wars-course
>According to the West: Russia had at the beginning of the invasion 200k.
>https://www.google.com/amp/s/www.nytimes.com/2022/10/16/world/europe/russia-draft-ukraine.amp.html
>According to Pentagon: Russia has lost 80k soldiers
>https://www.lemonde.fr/en/international/article/2022/08/08/pentagon-says-russian-casualties-in-ukraine-up-to-80-000_5992916_4.html

>Russia has 120k soldiers distributed throughout Ukraine.
>Russia now has 6 times less soldiers than Ukrainians, according to Ukraine and the West.

So, can someone explain this data? The West is lying ? How is it possible that Russia is still fighting with such numerical inferiority ?