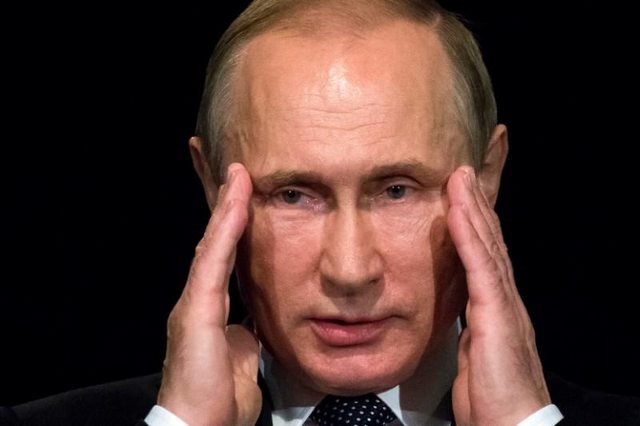 >Doesn't buy enough trucks to supply its troops.
>The trucks it does buy have the cheapest tires one can get on Alibaba that break down a few dozen km into the battlefield.
>No forklifts and no pallets.
>No optics for 99.99% of soldiers.
>Reduced to using AK-74s and AK-47s.
>No modern tanks or tank optics.
>Only 6(!!!!) fifth generation fighters.
>Fake ERA.
>Fake body armor.
>Fake tourniquets.
>No medical supplies.
>Not enough precision ammunition.
>Precision ammunition you do have is used up less than a year into the war.
>Unecrypted Baofeng radios.
>Bandages produced in 1974.
>Doesn't repair the radar on their flagship meaning it can only be used on one side, thirty minutes at a time.
>Can't afford proper anti-drone equipment.
>Can only afford shitty Iranian drones made out of some garbage pile components.