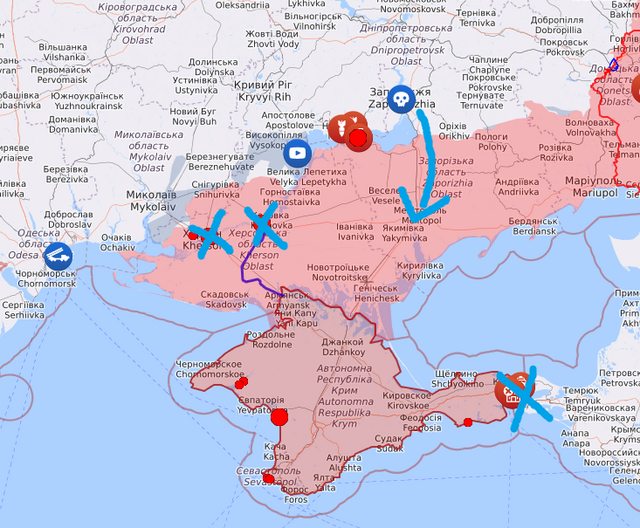 Now that the Kerch bridge is taken out of action the supply situation in Ukraine's southern front becomes dire for the Russians.

An assault south of Zaporizhzhia and into Melitipol by the Ukrainians can turn this dire situation into a terminal one for the Russians.

My guess is that this is the actual plan, but can Ukraine actually pull this off? Do they have enough man power and equipment to get the job done?

Also, note that some of Russia's best units atm are stuck on the Kherson bridgehead, chronically short on supplies with those two bridges there also destroyed. (made even worse by current events)