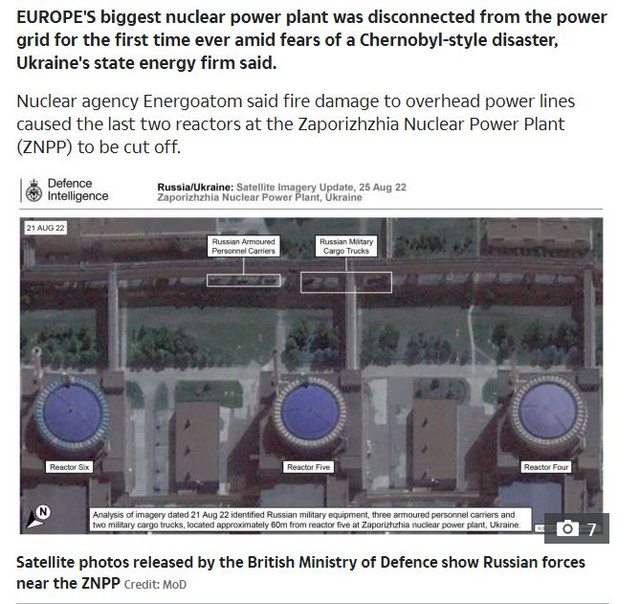 Would plant going into meltdown trigger Article 5, and give casus belli for NATO to intervene?
https://www.the-sun.com/news/6076416/ukraine-nuclear-power-plant-shut-down-russia/