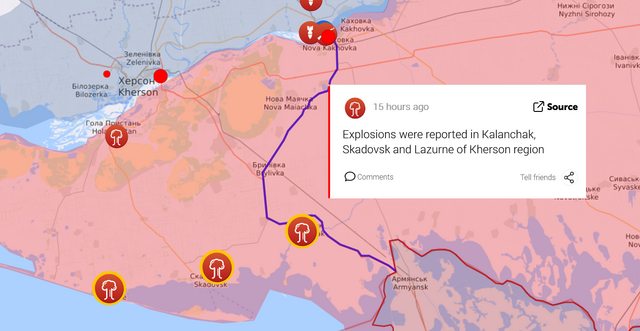 Calling all PrepHole strategists..
We've all seen the reports of landings on the Kinburn spit, and increasing reports of Ukrainian activity east of the Dnieper river.
My question is this: Is Ukraine seriously trying to push across the Dnieper without a strong logistical supply line OR is this simply to ensure the Russians commit troops to the region so that they can strike at Melitopol with ease?