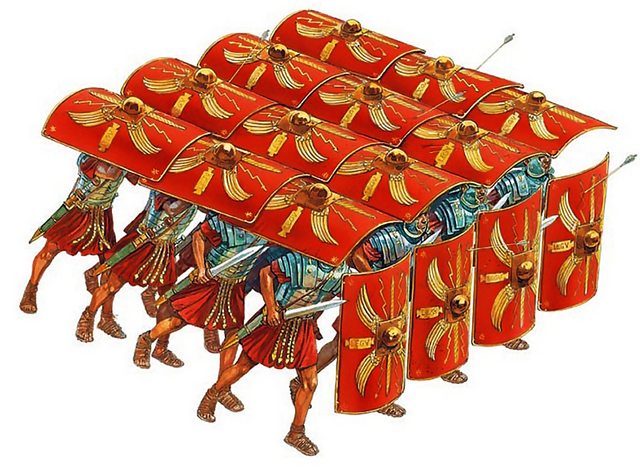 Very retarded question here , since their were case where shields were used ww1 , why didn't anybody form a testudo formation when charging at the opposing side ?