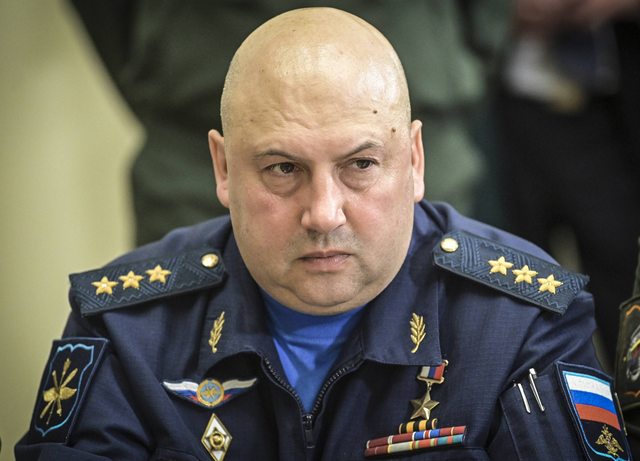 I'm betting most of you don't know the full story on this guy. It's much worse than you can even imagine.... Read on:

>Be commanding officer of a unit that orders his troops to fire on civilians protesters during the 1993 Constitutional Crisis, killing a dozen people.
>Goes to prison
>Gets snagged from prison by Yeltsin's crew and sent to command units in Chechenia 1.0 where he beats a lower ranked officer with a rod or chair leg so viciously the man is handicapped for life.
>Chechen War 2.0: Surovikin is charged with strangling a Chechen civilian woman to death and also accused of raping her (he stands trial at some point). The regiment under his command is notorious for various atrocities and crimes, to the point other commanders in the field are writing complaints to military prosecutor's office in Moscow.
>Ostracized by peers, no one wants to work with him or under him.
>As a result of all this, his charges are wiped clean, his prison sentence erased and Surovikin gets promoted by Putin. These are all attributes of a good military officer in Puccia, after all!
>Continues: