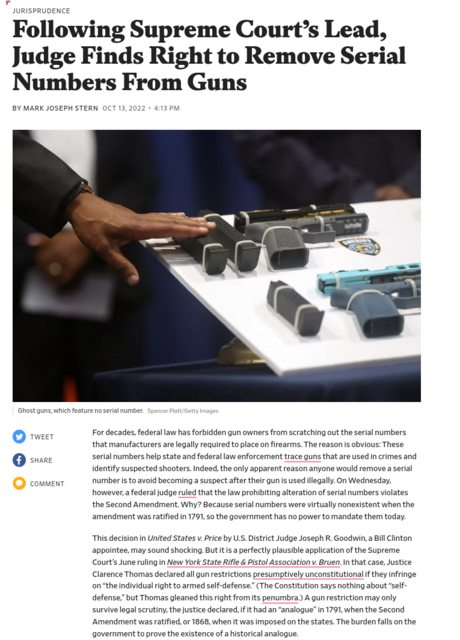 So now that guns can have their serial numbers removed...