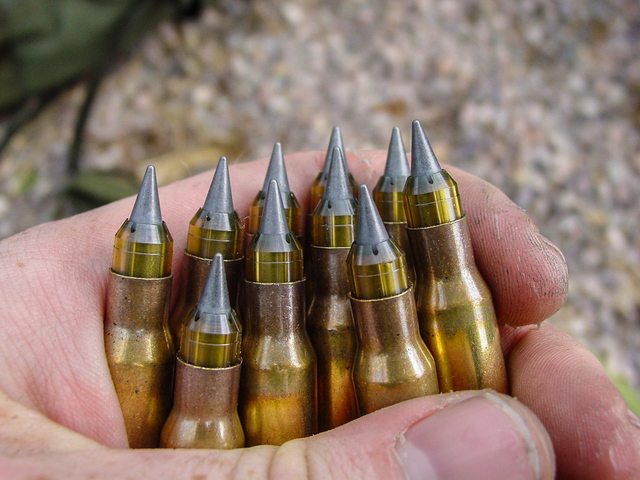 So apparently these things exist: 762 SLAP (saboted tungsten for extra penetration), used by Sweden in their AI sniper rifles.
Conventionally, saboted .30 cals like the EABCO stuff tend to be quite inaccurate. What's the trick to getting them to be accurate enough for sniping/sharpshooting? Articles out there mention that these extend effective range from 800 to 1000 meters, so for an 18 inch (shoulder width) target that means just under 2 MOA at least (probably less). Apparently it's a 3.4 gram projectile at 1340m/s, that translates to 52 grains @ 4400FPS.