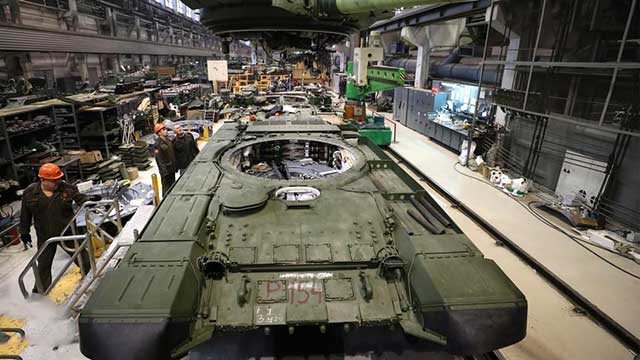 MOSCOW ($1=61.50 Russian Rubles) — Russia is preparing to throw all possible means to maintain the number of its weapons systems in Ukraine. For this reason, the largest tank manufacturer in Russia – UralVagonZavod introduced overtime for its workers.

The plant in Nizhny Tagil issued an order for a special regime for production workplaces. According to the order, overtime work will have to ensure the provision of the Russian army. Last but not least, the additional working hours must ensure the supply of tanks under contracts [it is not mentioned whether it is a contract with other countries or only contracts with Moscow].

UralVagonZavod will pay double overtime to the workers, the order also says. Zada motivated, even more, the employees of the plant, the general director Alexander Potapov increased the salaries of the employees by 35% [the value of wages in the plant is not mentioned].

Thread question:
What are the impliactions of Russia overproducing tanks WW2 style? Will they bankrupt themselves before the end of the war ? It is even possible at this point for Russia to launch a large offensive ?