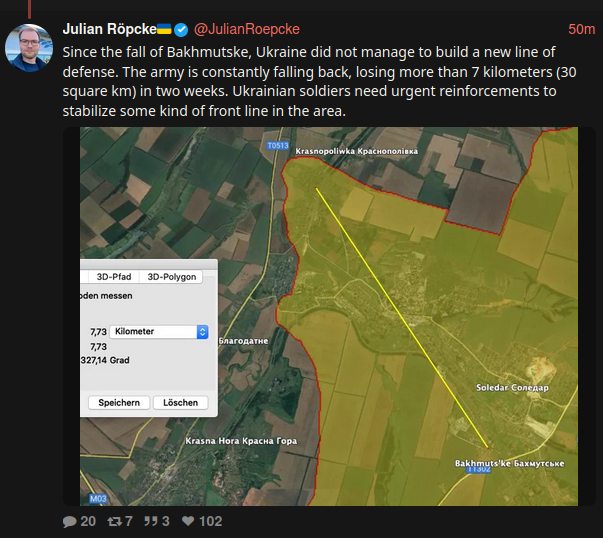 Is 7 kilometers (~4.3 miles) in two weeks an suitable rate of advance for the second army in the world?