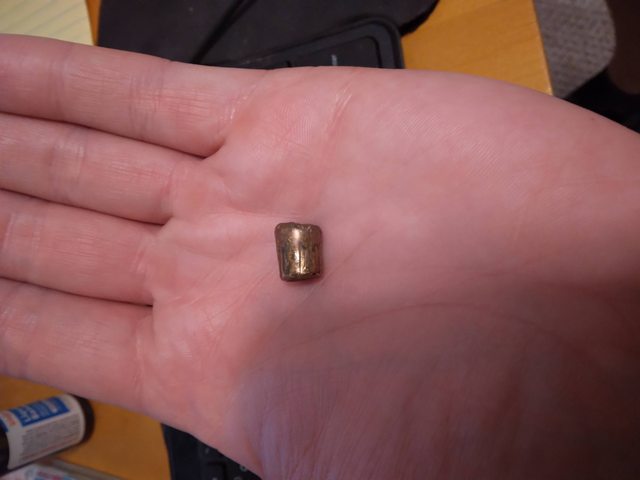 Hi PrepHole, I am a noguns tourist with a question. I found this at the bus stop on my college campus, and I just wanted to confirm that this is actually a bullet right? Just kind of concerned that guns are being fired on my campus, no interest in being present for a school shooting.