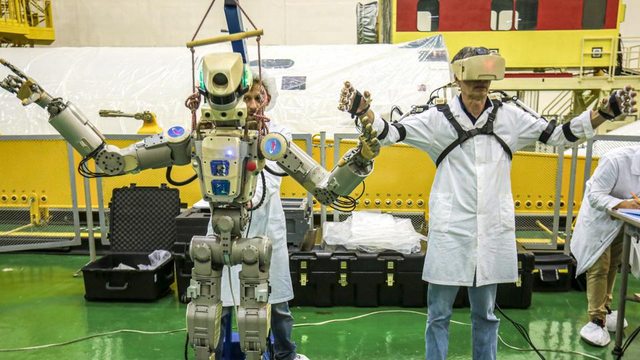 A few days ago there was a discussion about the feasibility of using power armor in warfare, but one thing that struck me is when someone brought up the possibility of just using an armored humanoid robot instead of a human operator inside. Then others pointed out that an AI wouldn't probably be able to handle complex situations, at least not in the near future, which is true, but what about if it's a drone? You remote control it with some kind of device similar to 3D gaming.

Otherwise, maybe we should just opt for tiny drones that can eliminate or disable threats instead of some big heavy robots.