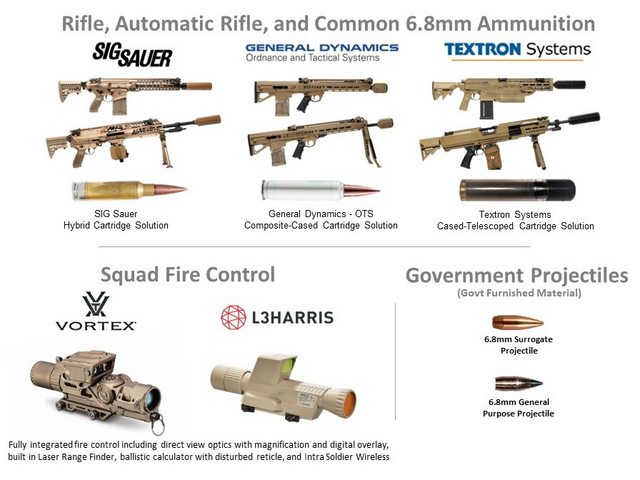 The recently wrapped up NGSW program has been a hot topic across PrepHole and just about every other gun or weapons board or circle in the world.
I think its valuable to sum up a bunch of disparate information from a multitude of sources to supply context and understanding to much of the program for which there is a lot of misinfo or misunderstandings abound. And explain as much as I can to people that haven't followed the program and are confused or annoyed by random names and events being thrown at them and discussed that they don't understand.

The NGSW program of course didn't start out of nowhere, there was a decent amount of build up to it going back well over a decade. And most of its aspects had been played with at one point or another well in advance of the trials and tentative adoption of the XM5/XM250 and the XM157 themselves.
I will try and summarize and draw together these different programs and experiments into a short and semi-cohesive whole.

Note, the following will contain some of my own interpretations and inferences and connections drawn between programs. I have tried to identifiably separate them out from the pure information sections. Take them with a grain of salt where desired. I have tried to make this all as coherent as is possible, but I will clarify where necessary.
Criticize me for mistakes where they are made.