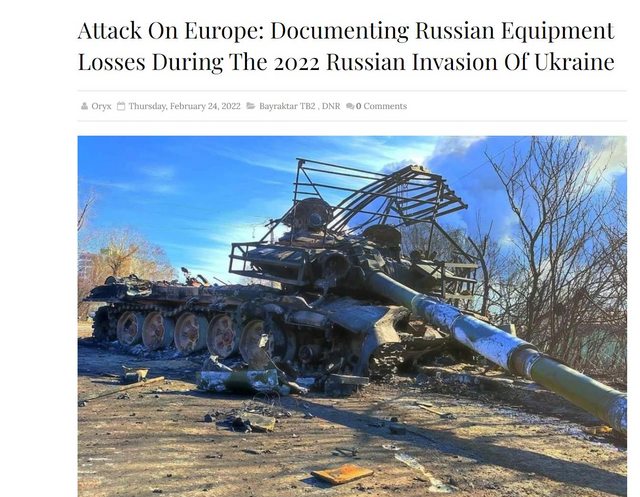 I'm curious what percentage this is of the number they had at the start of the war. How many tanks does Russia have left?