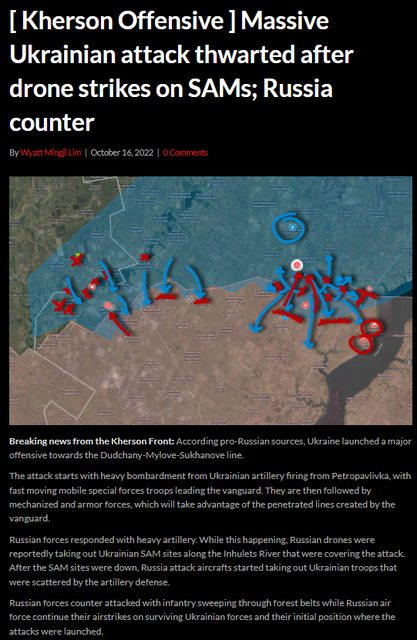 Why do the ukros insist on the Kherson front, their offensive started more than a month ago with very heavy casualties and little territory captured to show for, sure, they got lucky in the north by exploring a gap in the stretched Russian defenses but now with the mobilization i don't think its wise to keep making these human wave attacks, where are they gonna take soldiers from if they're on their fourth mobilization and the enemy will flood the battlefield with hundreds of thousands more soldiers?