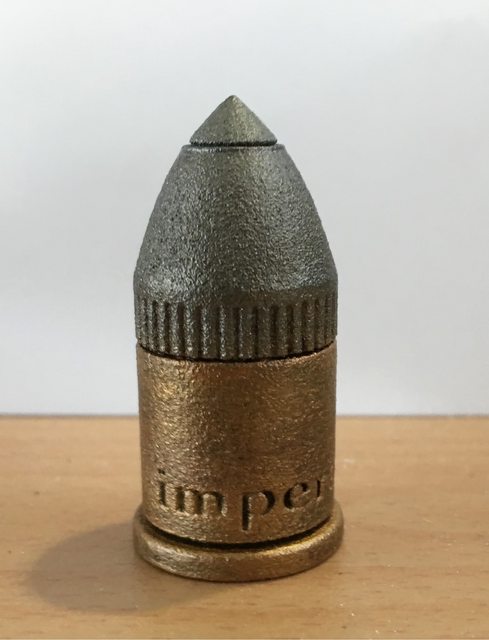 >Whereas contemporary solid slugs utilize a propellant charge contained in a casing that forces the bullet down the barrel upon ignition, in contrast, a bolt is self-propelled; it features its own integrated solid fuel propellant that propels the bolt at high speeds, essentially acting like a miniature rocket.

>The .75 caliber is now the standard for bolts in the late 41st Millennium. Standard Bolter ammunition utilizes a mass-reactive fuse, designed to penetrate the target before detonating within, maximizing damage to the target and leaving little chance for survival.

Is this possible with modern tech? How much more expensive would this ammo be to produce than regular bullets?