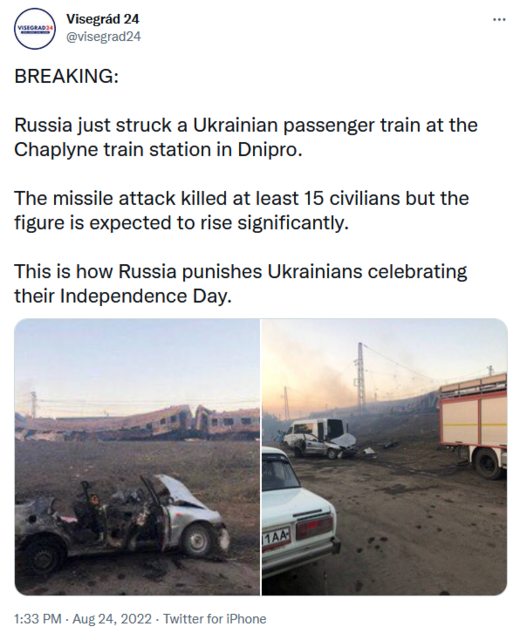 What's the tactical advantage of shooting a ballistic missile at a fucking passenger train?