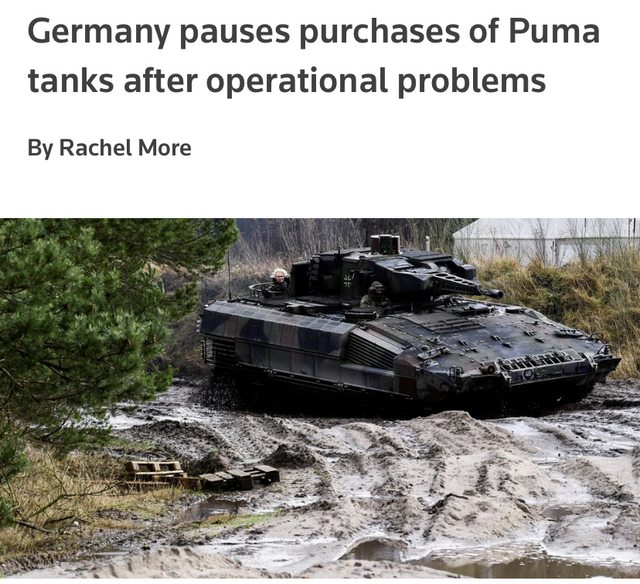 Germany will not purchase any more Puma infantry tanks until they have proven themselves to be reliable, Defence Minister Christine Lambrecht said on Monday after several of the vehicles were put out of service during a recent military drill.

"The recent failures of the Puma infantry fighting vehicle are a major setback," Lambrecht said in a statement