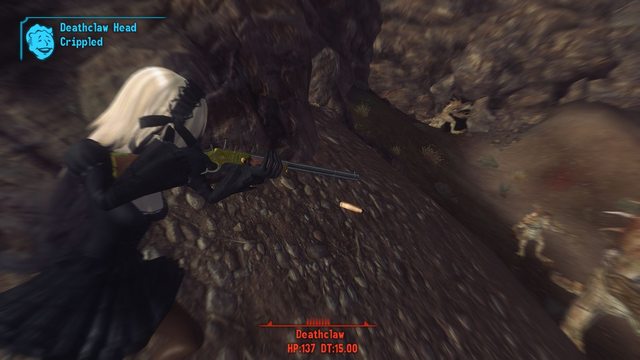 What is the optimum caliber for hunting deathclaws in a post-apocalyptic environment?