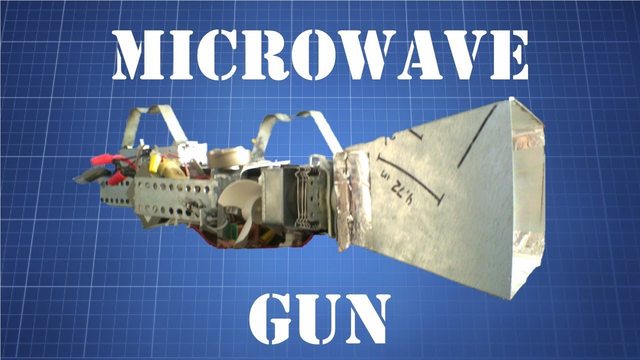 As in requires the least components, components are commonly accessible, etc. The only one I found is microwave guns (you only need a microwave and a few other household items). That shit will fry somebody. Also, HARDMODE: no powder propellant allowed. Just something that you can MacGuyver into a gun.

>inb4 Gauss rifle
The only "DIY" ones I've seen are like bb gun toys. You do have the Arc Flash GR-1 Anvil, but good luck making that at home (the damn thing has computers working in it).

>inb4 railgun
Again, good luck at making this at home. I've seen some people do it, but they're nowhere near as powerful as the ones the military uses, and they require too much electronics and shit to get it to work.

>muzzleloader vs. breechloader
A breech-loading weapon would be easier to build (in principle) but all you'll need next are the bullets. Muzzleloader would require you to make gunpowder. And since we're using this demonstration, matches and cartridges are off-limits (hell, what would you even use for the primer?).