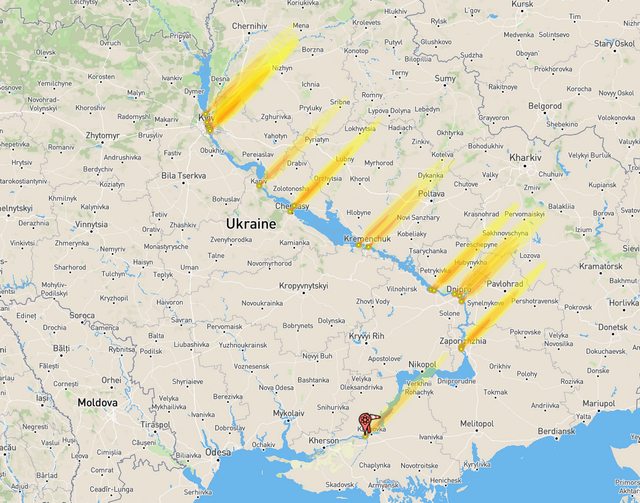 We have too many threads about whether Putin will nook. Let's have a thread about what nooking would actually look like.

Rules are as follows:
>NATO responds to the initial nuclear strikes with overwhelming conventional force. The operational gain from using nuclear weapons must allow a quick and irreversible capture of as much territory as possible.
>Followup nuclear strikes against NATO targets likely to lead to tit-for-tat retaliation or a full scale disarming strike.
>Russia will not have an airforce or navy 48 hours after the first nuclear detonation.

In the scenario pictured, 18 50 kiloton warheads are launched with the aim of destroying every crossing over the Dniper river from Nova Khakovka dam north to Kyiv. All blasts are modeled as surface burst (because we're dam / bridge busting). Local fallout is not sufficient to reach Russia.