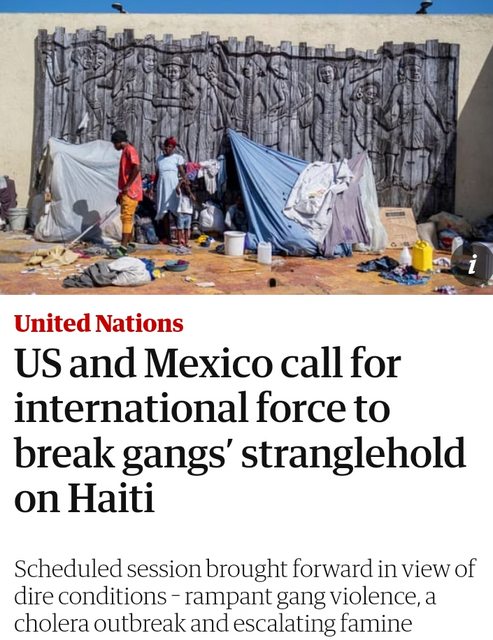 The US and Mexico have proposed the deployment of a multinational force in Haiti to help break the stranglehold of gangs over the distribution of fuel, water and other basic goods.
Basically us will send troops
Not the UN
What will the us send and how much damage will they do?