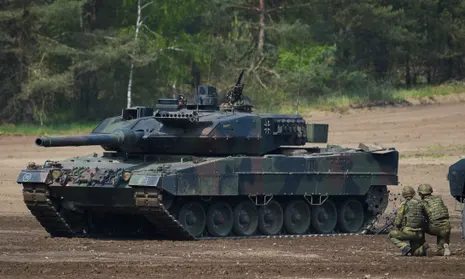 Turkish diplomats think NATO is committed to defending Ukraine by giving it especially defensive weapons. NATO wants to prevent a Russian victory and make sure its limited gains will be very costly. But NATO also does not want to give Ukraine offensive weapons such as Leo tanks to prevent a possible nuclear retaliation by Putin.

Turkish diplomats also think enough weapons and systems will be supplied to Ukraine to ensure it can retake Donbas and all other occupied regions.

translation from the source:

>Although it may be thought that a threshold has been crossed in the minds of aiding Ukraine in the Western Alliance with the Ramstein meeting, it seems too early to decide whether this threshold has been exceeded in real life. The Western alliance is of the opinion that with the military aid provided at this meeting, Ukraine's resistance to Russian attacks will be strengthened and that it will enable it to take back all its occupied territories, including the Donbas. In the meantime, let's note that the future of Crimea remains ambiguous. The Allies also believe that Zelensky has largely met the demands for modern weapons and ammunition that will be sufficient to defend his country against the comprehensive attack that Russia plans to launch against Ukraine in the spring with its regular army, which it has strengthened with new mobilization moves and intensive training.