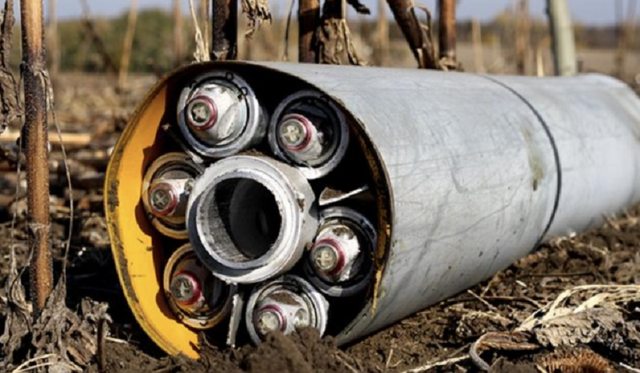 The NATO ally began sending the first batches of so-called dual-purpose improved conventional munitions (DPICMs) in November 2022, which were made during the Cold War era under a co-production agreement with the United States. The weapons are designed to destroy tanks by bursting into smaller submunitions, which can linger on the battlefield for years if they do not immediately explode. Each round scatters about 88 bomblets. The United States is barred from exporting DPICMs under U.S. law because of its high dud rate.

The move, which Turkey has sought to keep quiet for months, also highlights the high-wire act that Ankara has played throughout the conflict: supporting Ukraine with armed Bayraktar TB2 drones that helped break Russia’s advance on Kyiv and playing diplomatic middleman for the United Nations-brokered deal to export grain from the Ukrainian port of Odesa, all while purchasing Russian weapons for itself and angering NATO in the process. It was not immediately clear if the Turkish surface-to-surface weapons had been used in combat.

“After the U.S. denied [Ukraine] access to cluster munitions, Turkey was the only place they could get them,” said one source briefed on the matter, who spoke on condition of anonymity. “It just shows how even as Turkey cozies up to Russia in some respects, it’s become a really important supporter for Ukraine militarily.”