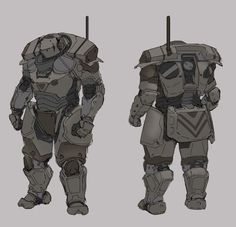 Power armor is a thing, how does this fit into a military tactically in the squad, and strategically in the division? How does the face of warfare change after you introduce them to your army?

Limitations:
>power armor costs about as much as an IFV to produce, can't get much cheaper
>cannot carry anything larger than a 30mm cannon, and that's when it starts to cost mobility
>protected from small arms fire barring lucky hits to joints and vision slits, vulnerable to AT weapons and 20mm and above
>capable of jogging speed for about 15 seconds at a time, otherwise normal walking speed
>lets presume its electrically powered, and must be charged with portable generators, 80 mile range
>out of combat can carry 400 lbs of non-weapons gear, but has limited combat performance above 200