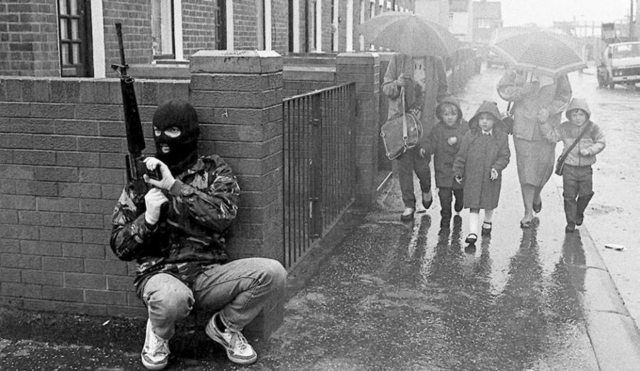 While looking at the body count of a conflict can give you a sense of how serious it was, it doesn't always bring it home.
The Troubles had acts of terrorism, divided a country, had religious undertones, and there are still occasional casualties to this day.
Post pics, discuss, and appreciate that this "low intensity conflict" has mostly been put to rest.