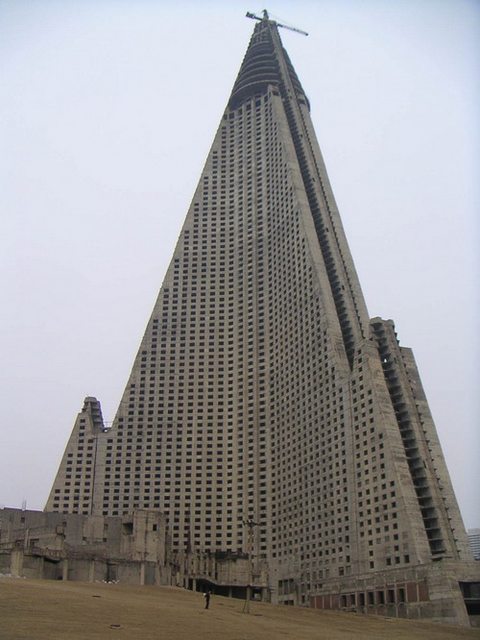 When it was made the DPRK couldn't make a steel framed skyscraper so they just made a massive 1000 foot concrete pyramid. They could not finish it properly because of economic reasons and because it was so heavy it tilted. According to many sources when they did finish it most of it was just filled in with more rebar and concrete with only a few stories open to the public.

However there are additional non public elevators, staircases ect that still lead to the 'unfinished levels including subway connections. Image related is the buildings core. What if all the 'unfinished' level are just 90% concrete and firing platforms?

Wtf do you do besides using a nuke if you try to invade the city and suddenly this thing opens up with several hundred autocannons?