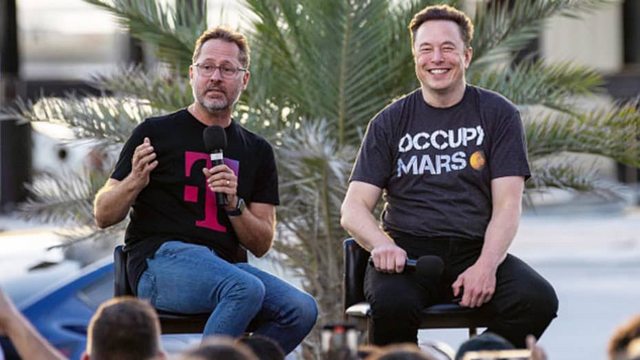 Currently, one cannot legally use encryption on GMRS, FRS, MURS, or HAM frequencies. This has posed a problem from people interested in spooky larping activities. And, something like ATAK with a range extender / mesh network can only get you so far.

Enter ground-to-satellite direct smartphone communications. Numerous companies are working on it, the most publicized one of late being SpaceX/Starlink+T-Mobile. It should be entering operation in a year or so, and uses standard mid-band PCS. Any regular T-mobile plan will include it, and any regular smartphone can be used. Other players are AST SpaceMobile, and Lynk Global, but in my opinion they're never going to be serious contenders.

Sure it will be limited to texts and low-quality voice calls, but you can get a LOT of data to your larping friends with the right software and the ~5kbps data rate the V2 Starlink sats will permit. Plus, now pesky FCC regs are a thing of the past, you can send whatever messages you want to whoever, literally anywhere in the US—as encrypted as you want.

What do you think? Is 'direct-to-cell' the tactical comm dream we've all been waiting for?