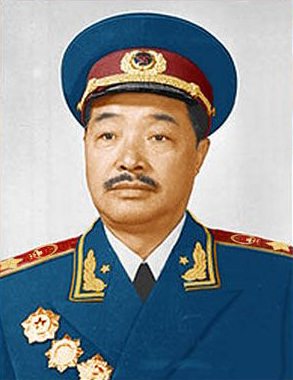 The first generation of PLA leadership have some wacky ass stories.
>Marshal He Long was a member of the Tujia ethnic group. Born in Sangzhi, Hunan, he and his siblings, including He Ying, grew up in a poor peasant household, despite his father being a minor Qing military officer. His father was a member of the Gelaohui (Elder Brother Society), a secret society of cultist rebels dating back to the early Qing dynasty. A cowherd during his youth, he received no formal education. When He was 20 he stabbed to death a local government tax assessor who had killed his uncle for defaulting on his taxes. He then fled and became an outlaw, giving rise to the legend that he began his revolutionary career with just two kitchen knives. After beginning his life as an outlaw he gained a reputation as a "Robin Hood-like figure" amongst a string of villages. His signature weapon was a butcher knife.