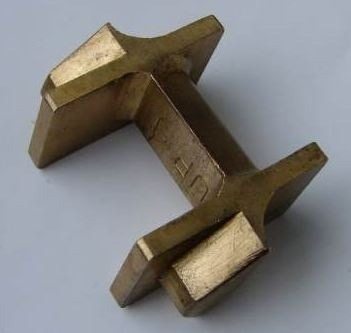 >The Blish lock is a breech locking mechanism designed by John Bell Blish based upon his assumption that under extreme pressures, certain dissimilar metals would resist movement with a force greater than friction laws would predict.
>In modern engineering terminology, it is an extreme manifestation of what is now called static friction, or stiction.
>His locking mechanism was used first in the Thompson submachine gun.
>Nowadays it is discredited as a useful firearm operating principle, due to its almost nonexistent effects on the operation and functioning of a firearm;
>because of that, firearms which theoretically employed it operate not by the supposed Blish lock principle,
>but, in fact, by blowback operation.

so in practice it's simple blowback just with a 2 pound hunk of machined bronze in it causing it to cost twice as much
What are some other discredited firearms mechanics?