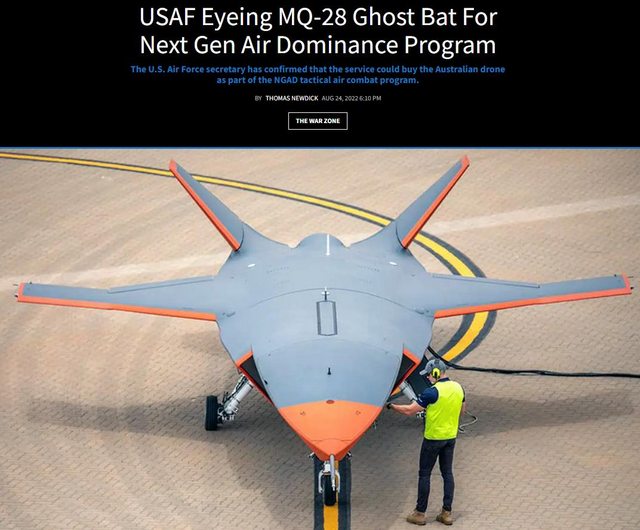 tell me about the ghost bat? are manned aircraft on the way out?