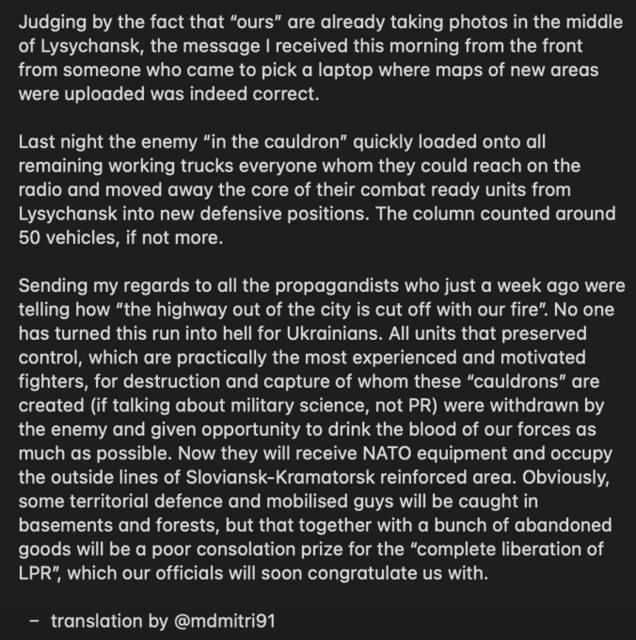 Will russians ever manage to make a cauldron after Mariupol ?