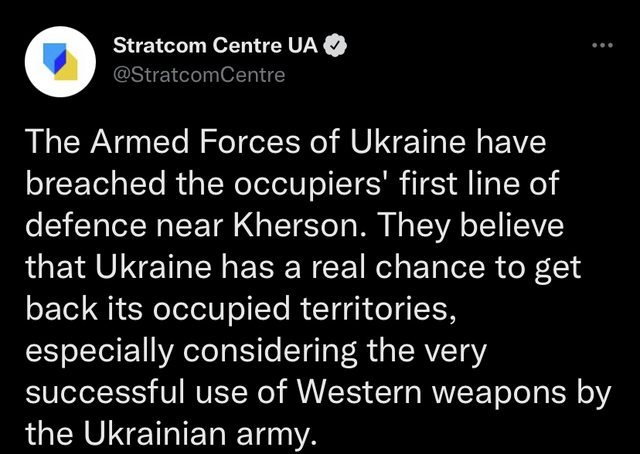 Looks like the first counter-offensive is starting around Kherson. Still not sure if 100% true but many sources are saying its happening.