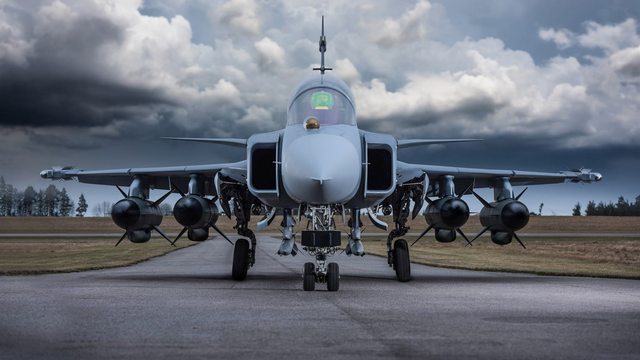 https://www.janes.com/defence-news/news-detail/saab-ceo-frustrated-at-slow-pace-of-gripen-sales
>Saab's president and CEO, Micael Johansson, has told reporters of his ‘extreme frustration' at the lack of recent sales of the company's Gripen combat aircraft.

>Speaking to Janes and other defence media at the company's Stockholm headquarters on 26 August, Johansson conceded that the single-engined ‘Euro-canard' had struggled to meet the export expectations that his predecessors had laid out for the multirole fighter, saying that this was not a reflection on the quality of the aircraft, but was down to politics.

>“It is extremely frustrating to say the least, and I can say that it is not about the [Gripen] product that we have developed and manufactured. If it had been a completely level playing field in terms of not talking about security, politics, and other areas, then I think we would have been much better off [in terms of securing sales],” Johansson said, adding, “In many countries, the leverage of the US is tremendous. They are not so easy to work against [in the market], and it is politics.”

>Johansson's comments came on the back of a fallow few years in terms of securing additional sales for either its earlier Gripen C/D or its latest Gripen E/F range, with international sales campaigns having scored no successes since Brazil joined the Gripen E/F programme in 2014.