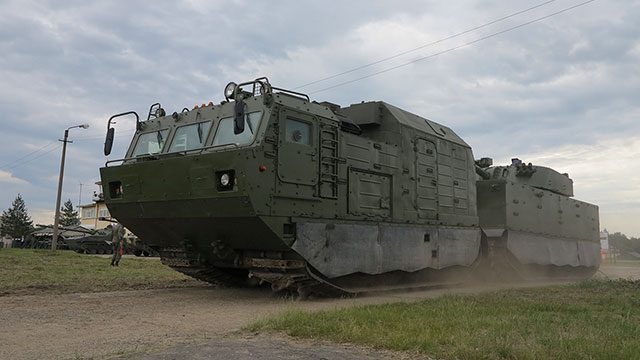 MOSCOW ($1=60.82 Russian Rubles) — The largest tank factory in Russia – UralVagonZavod has started serial production of new 120mm artillery. This is the Magnolia self-propelled mortar [SPM] system. Army Recognition cites Joseph P. Chacko in Frontier India as the source of this information.
The 120mm self-propelled mortar system underwent several successful tests in 2021. The tests were conducted at very low temperatures. Russian artillery troops in the Arctic and the Far North are expected to be the final recipient of the new mortar system, writes Army Recognition.

Thread question:
> If they managed to hold their ground until winter, do you think it will make an appearence in this war ?