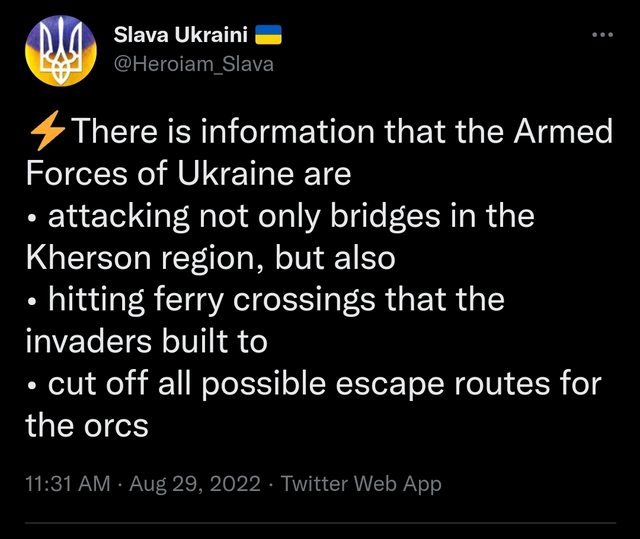 Retard here. Isn't it better to leave the river escape route intact? The soldiers can escape but they can't take their vehicles and heavy equipment with them. Cutting off the escape route completely will just make them fight to the death