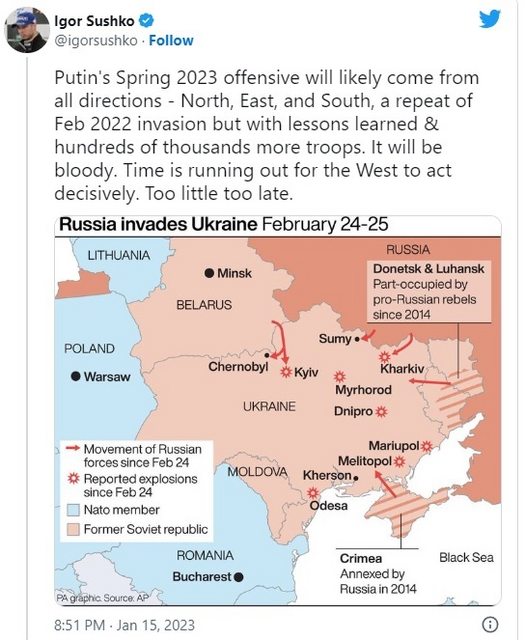 Can Russia even do it without the element of surprise + sactions + 100k men already injured/dead? Given that Russia has all the time it wanted to plan the failed initial invasion, it seems highly unlikely they've magically pulled together some kind of super army while under the thumb screws of international sanctions this past year. 500k mobiks can hold some fronts I guess but something like this?