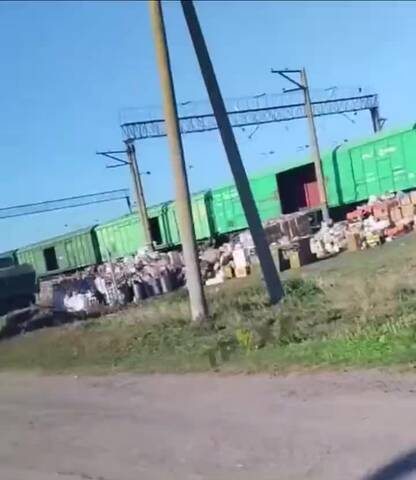 New Leak Oct 15: Emergency Russian Mil Supplies have dropped off in Kherson Train Station to prepare for upcoming Ukrainian Offensive on the city. So are pallets OPSEC or something in NATO?