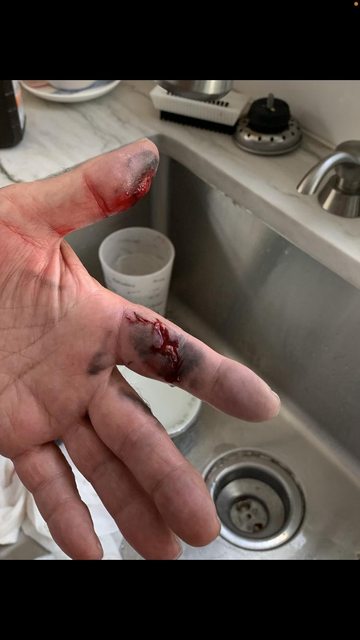 My step dad had an accidental discharge while drinking and cleaning his gun like a retard….