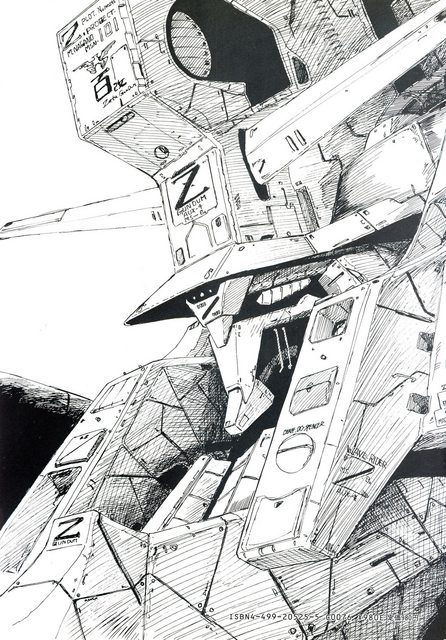 >The main use of the Minovsky particle was in combat and communication. When the Minovsky particle is spread in large numbers in the open air or in open space, the particles disrupt low-frequency electromagnetic radiation, such as microwaves and radio waves
>The Minovsky particle also interferes with the operations of electronic circuitry and destroys unprotected circuits due to the particles' high electrical charge which act like a continuous electromagnetic pulse on metal objects.
>Because of the way Minovsky particles react with other types of radiation, radar systems and long-range wireless communication systems become useless, infra-red signals are diffracted and their accuracy decreases, and visible light is fogged. This became known as the "Minovsky Effect".
>The only counter measure to the "M" particle in the series was to install bulky and expensive shielding on all electronic equipment, but only to counteract the effect it had on electronic circuitry. While this could be done for space ships and naval ships, this ruled out the use of precision guided weapons, such as guided missiles. Due to this, the military use of Minovsky particles ushered in a new era of close-range combat.
What are the tactical implications if Minovski particles are discovered and implemented irl?