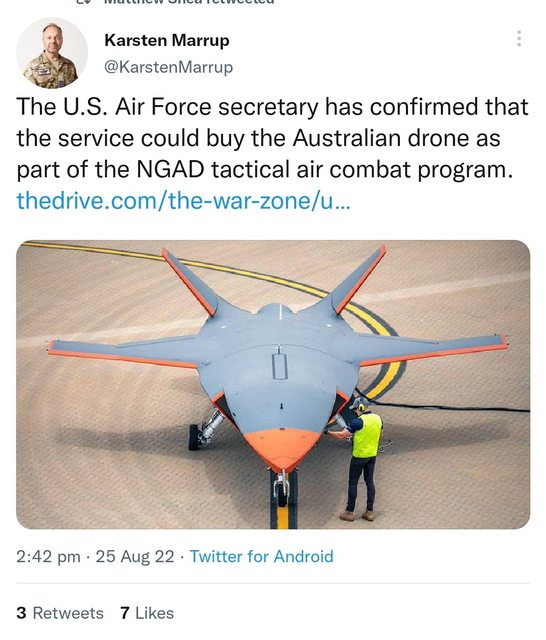 >the U.S. Air Force could be the next customer for theMQ-28 Ghost Batdrone that Boeing Australia is building for theRoyal Australian Air Force, or RAAF. That revelation came about during a recent event in Australia that hosted U.S. Air Force Secretary Frank Kendall, who confirmed that “preliminary discussions” were underway with a view to buying the MQ-28 as aloyal wingman-typeadjunct to the forthcoming Next Generation Air Dominance, orNGAD, program, a wide-ranging ‘system of systems’ intended to ensure U.S. tactical air dominance for years to come.